Showing posts from April, 2015
Show all

April 29, 2015
I posted this at Patrick.net in the forum "COINTELPRO" was the FBI's secret program to undermine the popular upsurge which swept the country during the 1960s. Though the name stands for "Counterintelligence Program," the targets were not enemy spies. The FBI set out to eliminate "radical" political opposition inside the US. When traditional modes of repression (exposure, blatant harassment, and prosecution for political crimes) failed to counter the growing insurgency, and even helped to fuel it, the Bureau took the law into its own hands and secretly used fraud and force to sabotage constitutionally- protected political activity. Its methods ranged far beyond surveillance, and amounted to a domestic version of the covert action for which the CIA has become infamous throughout the world. HOW DO WE KNOW ABOUT IT? COINTELPRO was discovered in March, 1971, when secret files were removed from an FBI office and released to news media.
Post a Comment
Read more

These Billionaires Have it Out for Mainstreet

April 26, 2015
These bilionaires want to gut social security, public pensions and all that keeps them from getting richer. Pete Peterson is the most offensive of them all along with the Koch Brothers who are not mentioned here: http://www.salon.com/2014/02/20/5_billionaires_who_are_making_life_miserable_for_ordinary_americans_partners/ Here is the author's list of bad billionaires but there are many more, and they want bank bailouts instead of spending on social security and pensions even though you contributed to those. Some sought to rig employment markets to their own benefits. 1 . Pete Peterson This exceedingly evil billionaire came up with the idea that entitlements are bad even though the definition of an entitlement is that you are entitled to it.  There is nothing wrong with being entitled to something. He believes entitlement austerity will lead to more wealth for him. He is not unlike Andrew Mellon who pushed for austerity as a solution to the Great Depression in the 1930's
Post a Comment
Read more

April 24, 2015
This comment pretty much sums it all up about Greece, evil banks and our housing bubble here in the USA. I highlighted the reader's comment on the US housing bubble which pretty much explains the banks and their thievery. Demetri was voted down by the trolls who inhabit the comment section of Business Insider, but who cares? Thank you Demetri: demetri on Apr 23, 8:05 PM said: Germany WILL eat their owns words: Greece Will Prosper...We don't need Any EuroNazi's
Post a Comment
Read more 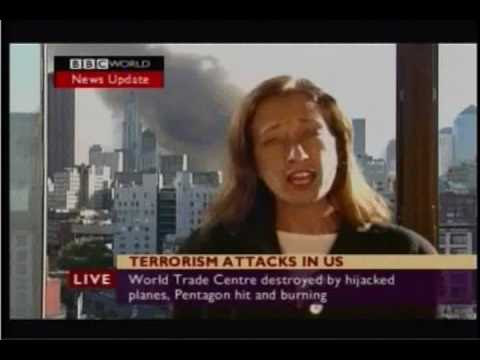 http://americanfreepress.net/?p=23432 A brother of a 9/11 victim Geoff Campbell, went into British Court accusing the BBC of covering up the murder of that brother. The coverup of course was evident as the BBC reported the WTC7 Tower, not the one hit by a plane, was down. But it wasn't yet down! The BBC reported the destruction of WTC7 20 minutes prior to its actual falling! We know this act of coverup by the globalist media was part of the overall globalist plan to destroy the towers, and gain American support for regime change in the Middle East. Turns out, the WTC7 was standing in the background as the reporter, Jane Stanley, reported it down. She reported at 5 pm but the tower didn't fall until 5:20. The WTC7, or Salomon Building was seen in the top right of the background, behind her left ear, while the two reporters were discussing its demise in the past tense! Notice that Stanley was in the sunshine, and that this was a live report with the WTC skyline in the ba
Post a Comment
Read more

The Bank Bailins Are Still on the Table

April 18, 2015
I am not the only one worried about bank bailins or, since it is a new word combo, bail-ins. Certainly my libertarian friend who blogs at Smaulgld (no, I am not a libertarian), has seen the same things I have and has seen what happened to Cyprus as well. https://smaulgld.com/u-s-plans-to-bail-in-the-banks/ I urge people to keep only the amount of money they can afford to lose in the bank and no more. Of course, one could say that the Fed is not above lying. And since this Smaulgold article, I haven't seen much on the subject. So bank bailouts may indeed still be on the table which could hurt the economy badly. We don't know whether to believe old Stanley Fisher or not! “As part of this approach, the United States is preparing a proposal to require systemically important banks to issue bail-inable long-term debt that will enable insolvent banks to recapitalize themselves in resolution without calling on government funding –this cushion is known as a “gone concern” buff
Post a Comment
Read more

Truly, one of the darkest examples of globalization,and maybe the key example of globalization, was the assassination of JFK by LBJ. This video has a boatload of serious evidence, and every patriotic American should read about it because, as I wrote on Facebook: I don't mind debating it, but Putin is seeking sovereign freedom. Obama admitted that the US undermined the Ukraine government with the goal to surround Russia. Put yourself in Putin's place. He has a sovereign nation. We a re ruled by the globalists. Our last truly sovereign president was JFK. LBJ put an end to that: Watch it all and realize LBJ called JFK the Irish Mafia. LBJ's aunt Jessie Johnson Hatcher, was a rabid Zionist and a member of Zionist organizations. If you have the fortitude, listen to this. Oh, and by the way, LBJ's best friend, D Harold Byrd owned the Texas Book Depository. So, I am no fan of Putin because his lack of tolerance of others, but the real empire today is the neo
Post a Comment
Read more

Washington Was Behind Ukraine Coup: Obama admits that US “Brokered a Deal” in Support of “Regime Change”

April 12, 2015
Washington Was Behind Ukraine Coup: Obama admits that US “Brokered a Deal” in Support of “Regime Change” This article is proof that the USA undermined the Ukraine government. Our nation is out of control. Right wingers who don't like Jewish people took over but apparently that was not a problem for the Neocons. That is how low our nation will go to risk world upheaval. Obama brokered the coup. This is wrong and people died and it led to the plane being shot down. This is wickedness.  This regime change mentality is one that came from Yinon Zionism and other similar doctrines. Yinon wrote of regime change in the middle east. But the neocons have applied it to surround Russia and risk WW3. Wake up Americans.
Post a Comment
Read more

I Have Written About Eugenics Before. Are Chemtrails a Eugenics Tool?

April 12, 2015
Eugenics is the science of depopulation. What is of concern is that presidents, like Obama, potential presidents, like Romney, have had Eugenics scientists as advisers. That should concern everyone. I wrote about Eugenics at Business Insider. The link is below along with other study tools. One way to establish the goals of Eugenics could be the establishment of chemtrails. I am not convinced chemtrails do harm, but it is worth a study. Here are some questions regarding chemtrails: 1. Are chemtrails used to alleviate drought or to exacerbate drought? 2. Are chemtrails used to weaken the immune system of people so they need to buy more pharmaceuticals? Does big pharma profit from chemtrails? 3. Are chemtrails a weapon of war and where are they being used as such? These are all issues that should be explored. Again, I have not come to a conclusion about them. I am concerned that one pilot has spilled the beans as to the motive for chemtrails and it was for national security.
Post a Comment
Read more

April 10, 2015
http://www.bloomberg.com/news/articles/2015-04-10/citi-economist-says-it-might-be-time-to-abolish-cash The truth is coming out. The reason the banksters want a cashless society is because they want you to pay them when interest rates turn negative. They want to tax you for lending them money! I have been warning about this. It was always couched in a discussion over convenience, over the fact people don't need cash. Well, when they start collecting interest on negative interest rates, you know, below zero percent, and you can't get cash anymore, you will wish you had cash. Yes, one day you will miss the cash that you disdain now. Think about it. It is totalitarianism and is the goal of the bankers, who really are banksters. They aren't happy to fleece you with asset inflation and speculation. No, that isn't enough for them. They want a piece of your deposits. They say they want to save the economy. But what they really want to do is to keep the rich entrenched
Post a Comment
Read more

Christians Did Not Lose in Battle to Serve Gays and Lesbians, Libertarians Lost

April 05, 2015
Contrary to popular opinion, the laws attempted and retracted in Indiana and Arkansas to allow Christians to refuse service to gays and lesbians, were failures of the Libertarian movement. The Libertarians have sought the ability of people to discriminate in the public marketplace. They oppose the 1964 Civil Rights Act on the same grounds. Regarding Christian teaching, most nominal Christians attempt to be tolerant, kind, helpful, even to those who don't believe the way they do. It is the Libertarian who worships self interest, that wants to be intolerant. The outcry against the discriminatory laws rolled back in Indiana and Arkansas are a major defeat for the Libertarians, who, quite frankly, should be ashamed of themselves, only they don't believe in shame. And if the law of the land tells you to serve gays and lesbians, how does that compromise your religious values? Doesn't the Bible tell us to obey the law of the land? I have always believed you cannot be a Libe
Post a Comment
Read more

Root for Greece, Just Like You Root for Russia and Argentina.

April 03, 2015
You have to be rooting for Greece. Greece has only been able to pay back debt to the German and Euro Banks through borrowing money. Now that smacks of Ponzi Scheming, and the Greeks know this and don't want to pay the money back without a serious restructuring.  The globalist Eurozone, founded on a doctrine of a single currency but not a single central bank or sovereign government, forces Greece and the other poorer nations to avoid printing their own money. This makes their debt insurmountable. You have to root for the sovereign nations against the globalist cabal. Greece, Iceland, Russia, and Argentina are nations that have sought to exert their sovereignty against the policies of the New World Order. The propaganda and bad press from places like Business Insider, Reuters and the rest has been heavy, indeed. Articles speaking to the financial disaster in Russia, the lawlessness of Argentina, and the slothfulness of Greece seem to pop up daily, with a rest now and again.
Post a Comment
Read more
More posts