November 30, 2015
This article was first published by me on Talkmarkets:
http://www.talkmarkets.com/contributor/gary-anderson/blog/news/west-point-prof-bradford-says-if-you-oppose-the-war-on-terror-you-are-the-enemy?post=78676


West Point Professor William Bradford has come out with troubling paper that appeared in the National Security Law Journal. The journal has said that, while it cannot be unpublished, it is a mistake. I am relieved by that, a little bit.

But Mr Bradford exposes the thinking that is dangerous and widespread in America, that we are in a war with Islam. I remember the time that George W. Bush said that war with Iraq was a crusade. Now we know it was just unholy globalist regime change, and it was far from godly sanction. It was one of the most unjust wars ever fought in the name of the United States, as hundreds of thousands of innocent people died, and Iraq was broken so that the rise of ISIS could take place.

John McCain, on video, clarified the holy nature of the Iraq war while running for president, where he said we went into Iraq for oil. Holy Petrodollars, Batman! 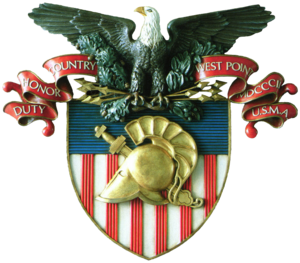 I am reminded also reading of Oded Yinon stating that Iraq was to be broken up into three parts. That was over 30 years ago, and it came to be thanks to this phony war on terrorism. This war against Islam destroyed Iraq, and caused America to seek the same destruction in Syria. Indeed, America has contributed to terror by committing to regime change.

Our faithful globalist confessor, John McCain said this and it is on YouTube video:


Say what, senator? People who arm ISIS should report to jail at once, IMO. But I know my opinion won't win the day.

One wonders how this arming of ISIS resulted in less terror in the middle east. Surely Mr. Bradford is aware of our fostering of terror. But it took until 2012 for the military to shake the Bush idea of crusade against Islam, when General Dempsey imposed a ban on anti-Islamic training in the military.

The concept that Islam has declared war on the west is permeating Facebook and other social media, but it isn't true. ISIS is not Islam. It is a very small extremist group. But, our regime change was a declaration of war on Islam as a whole. And indeed, even secular Islamic nations like Syria and Libya were tolerant of Christians until our regime change gave ISIS a foothold. Then Christians started dropping like flies.

Israel has occupied Palestinians for over 60 years. Surely much Islamic anger towards us can be a reflection of that injustice, that cannot be argued away. Occupation is occupation and if you call this pig a rose, like Sheldon Adelson did, it still doesn't fly. Adelson takes the Golda Meir view, that the Palestinian people, all millions of them, are just a made up nation.


Our nation was then shocked to its senses, maybe, when Russia came in and offered protection to a sovereign nation, Syria. Regardless of what you think about Assad, that put Russia on the right side of international law, and America, arming ISIS, is on the wrong side of that law. Then we find out from Putin that private citizens in most of the G-20 nations had been assisting ISIS in some way.

We know that support of ISIS was done to establish that three part Iraq that Sunni buffer to Iran. We know Israel hates Iran and has sought American support for war against Iran. Of course, General Dempsey again imposed a little common sense, saying that attacking Iran was a "bad idea".

To see how far out of control this war with Islam, war against terrorism, lie has become, social media is filled with the idea that President Obama is a Muslim. But we know he is a globalist, his VP is a globalist, and regime change continued under Obama though it was started by Bush. The crusade goes on, with the exception of Iran.

Obama gave bankers a pass; he destroyed Libya; he destroyed Syria, so how much more unjust behavior does he have to do to prove himself a globalist? He is second only to George W. Bush in the category of regime change. The average American is totally mislead by lies. This is not a defense of Obama, just pointing out proof of how the concept of the war on Islam has permeated American culture.

Obama is too timid to go on TV and say he is a globalist, not a Muslim. He just clips the war against the extremists at the edges, like pruning a wayward plant. That tree should have been plucked up by its roots many years ago. But that tree is not Islam as a whole.

We can continue the folly of regime change, or we can work with Russia to make the middle east safe so many of the refugees who want to, can return home. We simply need to have our own foreign policy because Oded Yinon's plan is so not helpful to world peace.

As for Mr. Bradford, he appears to be the enemy of common sense and common decency. The idea of targeting American scholars for what they believe is disgusting . He is un-American, in my opinion.

Now, if America wants to destroy the ISIS it created, as Larry Kudlow wants, then perhaps there is some real patriotism to be found there. There are just wars, just not very many of them. But then, maybe Kudlow never read Yinon. So it is far from a done deal that the US will take out ISIS. And Kudlow may just want us to keep all refugees out. That moratorium seems un-American. We created ISIS which helped create the refugees.

Our leaders obviously do not worry about ISIS becoming a global power, capable of taking over the world.

So, how are people like Mr. Bradford allowed to have such influence over America? It is because there is globalist conspiracy to take over the United States and take away its true national interest. This conspiracy exists for the deceiving the American people with false flags and hoaxes, into thinking that there is a war on terror, while we secretly arm terrorists, as McCain admitted.

If Kudlow's article signals a change in this position from the main stream media, it could be significant going forward, or it could be just a wish on the part of an old Wall Street guy. But can we fight ISIS without being dragged by opportunists into some sort of new crusade?