Showing posts from February, 2016
Show all

Swedes Are Saving More Than Ever As Negative Interest Rates Fail This article was first published by me on Talkmarkets: http://www.talkmarkets.com/content/us-markets/swedes-are-saving-more-than-ever-as-negative-interest-rates-fail?post=85446&uid=4798

Swedes are saving more than ever in their newly created (voluntary) cashless environment. That was not supposed to be how it works. They should be saving less and spending more because the banks are charging them interest. That is the goal of negative interest rates, to force people to spend more so that inflation will bump off zero.

But here is the flaw in that reasoning. The fees the banks charge retail customers are like a tax. They make the Swedes feel poorer in their accounts, not richer. So the Swedes do what I predicted. They save more to make up for the shortfall. They still don't want to hide money under the mattress, risking the loss of all of it to theft!

February 21, 2016
I first published this post to my personal blog on Talkmarkets: http://www.talkmarkets.com/contributor/gary-anderson/blog/news/if-super-bowl-50-was-fixed-it-wasnt-done-by-cam-newton?post=85311&uid=4798

Was Super Bowl 50 fixed? Certainly it was not fixed by Cam Newton. He was as disappointed in the outcome as anybody on the field. His body language was not of one who wanted to lose the Super Bowl. Certainly, all participants in a game of this magnitude, with the amount of betting done both legally and illegally, have their behavior questioned after a questionable outcome.

Retirees Should Not Listen to This Investopedia Financial Advice

February 18, 2016
This article was first published by me on Talkmarkets:  http://www.talkmarkets.com/content/us-markets/retirees-should-not-listen-to-this-investopedia-financial-advice?post=85122&uid=4798

Retirees should not listen to Investopedia's recent financial advice. It is contained in the article: Retirees: 7 Lessons from 2008 If There Is Another Crisis. They should, at least, think for themselves and consider the opposite view. I am not an investment counselor or attorney, so I am not giving advice, merely trying to get older people to reconsider the bullish advice.

I find Investopedia to be quite helpful on many issues, as it has brief, clear cut definitions of terms and concepts used in the financial world, as well as great articles on finance.

The Investopedia article in question was written by Tim Parker in February, 2016.  So, this was posted after the decline of oil and food prices has been in full swing. China is bleeding money trying to prop up the Yuan, and Europe and Japan…
Post a Comment
Read more

Negative Interest Rates and Why Banks Want Fannie and Freddie Here are some cutting edge discussions about negative interest rates (NIRP) that are worth your attention. Some of the discussions speak to profound insights gained, and others speak to tweaks needed to fully embrace the negative rate regimes. Others discuss the success or failure of such regimes. Why banks may want to replace Fannie and Freddie so badly is discussed.

Bookmark this page as a reference to these ongoing discussions.

This article was published by me on Talkmarkets:  http://www.talkmarkets.com/content/us-markets/negative-interest-rates-and-why-banks-want-fannie-and-freddie?post=85041&uid=4798

The assumption of those seeking negative rates is that they will serve as a stimulant to economic growth and a stimulant to mild inflation that would stimulate growth. So far there is little evidence that these measures are working, but the experimentation is far from over. Here then are some of the cutting edge discussions, including some chilling realizations:

There is more bad news in this article. Certainly these economic indicators are something to keep an eye on going forward. Face it, global trade appears to be collapsing.
Post a Comment
Read more

February 10, 2016
This article was first published by me on Talkmarkets: http://www.talkmarkets.com/content/us-markets/preserve-capital-relentless-slide-toward-deflation-and-negative-nominal-rates?post=84564&uid=4798

I have talked a lot about demand for bonds, especially long bonds as collateral in derivatives markets. This demand has driven down yields and raised prices, so much so that Larry Summers fears a shortage of bonds, making the bond prices even more outrageous in a never ending bid for higher prices.

I have written about how the economy cannot boom, but only experience slow growth, in this regime of perma-low interest rates, with the Fed even predisposed to keep rates low. I wrote here about the four ways I see that the Fed is so predisposed:

So, we need to look at the ways in which the Fed has set things up to predispose it to keep rates low.
1. Grumpy's friend says the Fed can't afford to pay the treasury interest if rates are significantly raised. That is almost a hostage si…
Post a Comment
Read more

February 07, 2016
This article was first published by me on Talkmarkets: http://www.talkmarkets.com/content/us-markets/the-federal-reserve-financed-ww2-but-cannot-finance-america-now?post=84143&uid=4798

World War 2 was financed by the Federal Reserve Bank. The Great Depression came to an end through a dreadful war that was likely brought on by the central bankers' failure to finance economies in the Great Depression and prior to it:

A Scary Monetary Conundrum Arises from the Great Recession 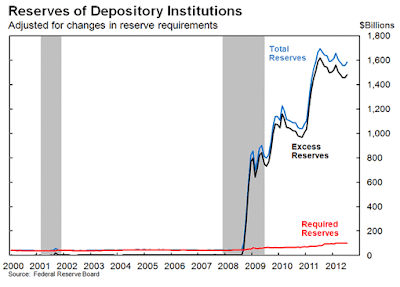 This article was first published by me on Talkmarkets: http://www.talkmarkets.com/content/financial/a-scary-monetary-conundrum-arises-from-the-great-recession?post=83841&uid=4798

There is a real and frightening conundrum that has arisen from the Great Recession.  It is the IOR Conundrum. What are we to make of payment of interest on excess reserves (IOR), held for the banks by the Fed. In a nutshell, the Fed says a floor must be created under the Fed Funds rate, which is a form of interbank stimulus, and IOR does that, while the Market Monetarists say that the Fed made the recession much worse by paying the IOR. So, which is it?


Many don't realize that the Fed says they gave interest on banks' reserves in order to put a floor under the Fed Funds Rate. The Fed is worried that banks would loan money between each other at lower rates than the Funds rate, perhaps leading to negative rates. Of course, the Funds rate has hovered under 1 percent, so you wonder what bank would ac…
Post a Comment
Read more 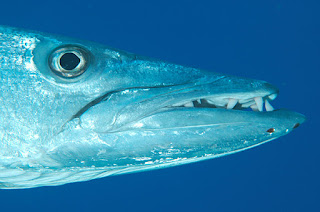 This article was first published by me on Talkmarkets:  www.talkmarkets.com/content/us-markets/ngdp-targeting-good-observation-tool-gold-and-speculation?post=83477&uid=4798

Is targeting Nominal GDP (NGDP), which is promoted by market monetarists, a fair way to expand the money supply and level out the business cycle? I have already admitted that watching the path of NGDP is a great tool and leading indicator signaling boom or bust. The concept of NGDP futures is interesting, but fraught with danger.


CC BY-SA 2.5
Image taken by Clark Anderson/Aquaimages
I am mostly concerned with fairness, regarding NGDP Targeting. I asked this question on a couple of econoblogs:

...Oh, by the way, the big banks did a form of NGDP targeting in rich neighborhoods. They permitted those that defaulted to live there free, so the prices would not crash in those neighborhoods. So, even in crash cities like Reno and Las Vegas, there were people living over 5 years in houses where the mortgage was…
Post a Comment
Read more

Teslas Are Not Cars. Crash Test Reveals the Truth

If your Tesla gets banged up, few can fix it and it costs thousands of dollars for those who can, for a fender bender. Tesla is a one piece aluminum joke. And the joke appears to be played on the buyers of the car.

I told everyone this car was a bad joke because of the owner's desires to:

2. Blast an atomic bomb on Mars to warm it up (and old Israeli student idea), and

Please do not support Elon Musk, the delusional owner of Tesla or trust him with the future of technology in the United States.

...News flash: These things are not cars. They are more like giant computers, with an 18-inch screen and a 1,200-pound battery. None of the components looked anything like car parts. Only the wheels belied any connection with transportation.  It took two months to finish the repairs. Since Tesla would only sign off on the car when it was perfect, it was sent …
Post a Comment
Read more
More posts