Showing posts from August, 2016
Show all

August 30, 2016
Professor Williamson, VP of the St Louis Fed said this in a comment to his blog article, to a fellow who said NeoFisherism won't work, but may result in less consumer spending and just a bidding up of assets: Your comment illustrates the problem with what David is looking for, which is some "intuition" that will somehow convince people who are not on board with the idea. Any "intuition" that people have comes from thinking about some model that is familiar to them. In some cases, that seems to be some undergraduate IS/LM/Phillips curve model with fixed inflation expectations. In that type of model, tighter monetary policy makes the interest rate go up, spending goes down and, via a Phillips curve effect, inflation goes down. If that's your "intuition," then nothing will convince you that higher nominal interest rates make inflation go up. Checking our ideas for internal consistency involves constructing rigorous models, and trying
Post a Comment
Read more

Sorting Out the Ryan Lochte Story

August 26, 2016
The Ryan Lochte story needs to be sorted out. While I support national sovereignty over loss of sovereignty to global alliances, I only support sovereignty that comes with mutual respect. The old idea of the ugly American, or the ugly German, or sometime now, the ugly Israeli comes to mind as an abuse of sovereignty, a patriotism gone wrong. One could even add Donald Trump to that camp, not respecting Mexico apparently because he lost a big deal there and had to pay up in a lawsuit. But this article isn't about that ugly American, Donald Trump. It is about the ugly American, Ryan Lochte. Lochte and his friends were allegedly drinking and some vandalism occurred at a convenience store in Brazil during the Olympics. Lochte and his friends claimed, allegedly, that they were robbed at gunpoint. It turns out that security at the store simply demanded payment for the damage that the Americans caused. That would have been the end of it, damages done, damages paid for. But when Lo
Post a Comment
Read more

Fed Tricksters, Put Your Monetarism Where Your Mouths Are 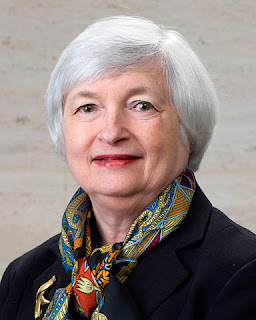 This article was first published by me on Talkmarkets: http://www.talkmarkets.com/content/economics--politics-education/fed-tricksters-put-your-monetarism-where-your-mouths-are?post=97455&uid=4798 Monetarists need to step up to the plate and provide a clutch hit in this very serious game of economics. It is a time for action. We have all heard the phrase: Put Your Money Where Your Mouth Is. That means to take action to support your claims, most commonly by backing your claims with a bet. It takes nerve and guts to take action to support your claims, in all walks of life. It is much easier to just play tricks on people than to think about the economy. Well, it is time that monetarists to start putting their monetarism where their mouths are. Monetarists believe that the proper control of the money supply is a key element to the creation of prosperity, and the maintainance of a stable and growing GDP. Clearly, monetarism as defined by Milton Friedman is not operat
Post a Comment
Read more
More posts