Showing posts from April, 2018
Show all

April 18, 2018
This article was published to my personal blog at Talkmarkets:  http://www.talkmarkets.com/contributor/gary-anderson/blog/global-markets/geopolitical-risk-rises-in-the-americas-mexicos-nuclear-capabilities?post=120057&uid=4798  Donald Trump has abused Mexico, by refusing to meet with the Mexican foreign minister if he refuses to pay for a wall to trap Mexicans in Mexico. But the East Germans did that before the ending of the Cold War. The idea of paying for a wall to  trap your own people  is repugnant to the concept of democracy and freedom. Donald Trump is anti Democracy, and people in the USA had better wake up. So this is my letter to POTUS: Mr. Trump, with all due respect to your office, Mexico has the capability to produce nuclear weapons and  we do not even know if Mexico actually had or has nuclear weapons.  Your continued abuse of Mexico, saying to that nation that a meeting on trade should be cancelled because Mexico won't build a wall to keep its people in is o
Post a Comment
Read more

Brexit: Impact on City of London 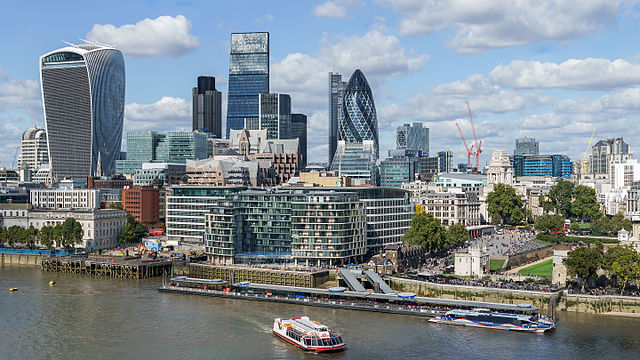 This article was first published by me on Talkmarkets:  http://www.talkmarkets.com/content/global-markets/brexit-impact-on-city-of-london?post=126894&uid=4798 Brexit has received royal assent, and is now the law of the land in the UK. How will this law impact the center of finance in the British Empire, the Square Mile, otherwise known as the City of London? The Square Mile is the backbone of world finance. Its trading platforms and protection of private property are strong. This gives rise to activity that shields wealth from taxation in home nations. From Reuters writer Peter Apps we see this good and bad assessment of London: As long as the tide of foreign money sweeping into London is one of the factors pushing up property prices, there is relatively little appetite to change anything. At the end of the day, a very large number of people in the capital stand to benefit from London's growing reputation as the centre of the world for the global elite. As long as it
Post a Comment
Read more
More posts