August 16, 2018
This article was first published by me on Talkmarkets: http://www.talkmarkets.com/content/services/should-cable-tv-fear-att-directv-now?post=134589&uid=4798

Should cable TV fear AT&T's DirecTV Now? Well, the answer is probably. If people need around a hundred dollars per month in savings, it makes sense to go with DirecTV Now. After all, it is not expensive anymore like the pure satellite service once was. It is a streaming service.

However, it streams to devices. If you don't have a device for your TV, it won't stream to your TV. But AT&T, which took over DirecTV in 2015, is not adding satellite fees to the service as long as you are under contract.

But there are a few issues with DirecTV Now. The service is only a few months old and there have been bugs. Frozen screens are a possibility. Improvement is likely. But for people who can afford the constant rise of cable prices, it may not be the best choice. That is not to say that cable is perfect when it comes to pixelation. It is far from perfect.

And AT&T, which promotes DirecTV Now aggressively, has its own issues. It is not a user friendly phone service and is one of the worst companies for customer service consistently in the polls. If you are fine with your AT&T phone, then maybe you will have reason to save some money with DirecTV Now.

One would think that AT&T would get out of its own way when it comes to phone service customer care, just to reel more customers in to the big money maker, bundled packages. But instead, Consumer Affairs has 807 reviews of the phone service with 1.5 stars out of five. That is horrendous. That should cause concern to ATT management. 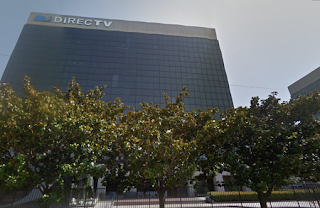 The problem arises from the fact that there are few decision makers in the AT&T chain of command. Lots of phone people work from home, with no access to supervisors. And nobody seems to have access to the back office to fix things unless you want to wait and wait, weeks. The phone management fixes things by being clever and by using their wits. It is a discombobulated mess.

The question is, do you want to trade money for possible customer service difficulties? On the other hand, do you want to keep begging cable for your discounts? It is a strange system of uncertainty. It amounts to economic instability in the living room! We are talking about microstability here. With Trump we have little macrostability, but with these large companies the household finds itself under financial threat. One wrong move and they will apply their tools to make you squirm.

You can get lots of channels with DirecTV and the cost ranges from 35 to 70 dollars per month, while cable channels go for north of 150 minus a discount for bundled service of around $25.

I am old enough to remember roaming and unexpected charges. Things have gotten a lot better since those days of chaos. But more work needs to be done by these large conglomerates.

So far, cable is fighting hard to stop people from switching to DirecTV. Perhaps the DISH is still a disease but recent toxic cable pricing is making too many of us feel a little sick.