Showing posts from May, 2019
Show all

This article was first published by me on Talkmarkets. Note tourism has bounced back some if you look at the updated chart, but it is no longer a growth industry because of Trump's offending the rest of the world, while it is a growth industry elsewhere:  https://talkmarkets.com/content/economics--politics/trump-fail-tourism-declines-in-usa?post=169321&uid=4798 Tourism has declined significantly over the course of the first year of the Donald Trump presidency. #Trumpfail is a hashtag that can be clearly applied to both tourism arrivals and tourism revenues. World travel is growing at a pace of 3.5 to 4.5 per year. But US tourism declined in 2017. Tourism is considered a export, and while Trump says increasing exports is central to his policy, tourism is declining. While the United States does not strongly rely on foreign tourism, our nation relies on it significantly. A series of charts illustrate what is going on in the United States and the world, as it pertains to tou
Post a Comment
Read more

The Fed Will Take the Stock Market Down 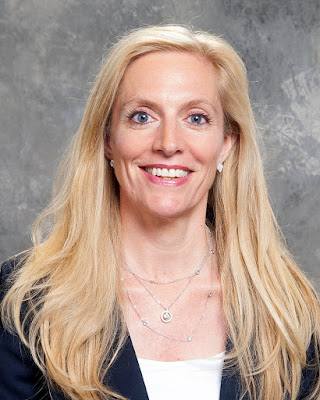 This article was first published by me on Talkmarkets:  https://talkmarkets.com/content/bonds/the-fed-will-take-the-stock-market-down?post=168127&uid=4798 There is a warning from Tim Duy that the Fed views inflation as being in the danger zone. This does not mean the Fed is right. It does not mean the Fed is wrong. But it means the Fed will likely take down the stock market. The capitalist fear of workers making too much money is now coupled with the Fed's understanding that bonds are collateral, in such massive amounts that they simply cannot tolerate large jumps in long interest rates. By hitting the short rates hard, the Fed will give confidence to those in the bond market that long bonds are still worth buying. If there is an inversion, oh well. This is what came from the Fed itself, even though it is not reaching its 2 percent inflation target: In gauging the appropriate path for monetary policy over the next few years, the FOMC will continue to strike a balan
Post a Comment
Read more

May 08, 2019
This article was first published by me on Talkmarkets:  https://talkmarkets.com/content/bonds/bond-vigilantes-liberty-street-fed-collateral-study-and-art-cashin?post=167584&uid=4798 Art Cashin clarified the limits of volatility, as his statement about the 3 percent barrier to 10 year bond yields caused yields to decline. I don't know if the barrier is permanent and an accurate measure, or if breaking it a little bit would not cause chaos. But clearly, owners of stocks and bonds took Cashin seriously, and the 49th tantrum which goes for higher yield, was stopped in its tracks. Well, I exaggerate. It may just be a few efforts at tantrum attacks on bond yields since 2013. But it is so continually attempted that it seems like 49 tries at it! Here is my take with a little help from Liberty Fed analysts, who say that there is something at work regarding long bonds that does not reflect traditional market moves. Bond Tantrums and Goldman Sachs So then, what is going on wit
Post a Comment
Read more 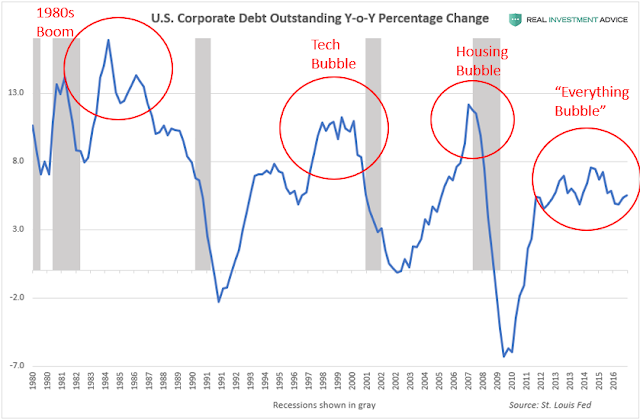 This article was first published by me on Talkmarkets:  https://talkmarkets.com/content/bonds/corporate-debt-as-economic-indicator-jesse-colombo?post=167199&uid=4798 Corporate debt as an economic indicator is highlighted by charts provided by Real Investment research, and author Jesse Colombo. The charts are important, because there is a recurring pattern. I have isolated three of the charts that point out late cycle danger lurking for stocks and corporate bonds. This is not an analysis of treasury bonds, which will likely behave differently in a downturn. We can see that danger lurks as corporate America's debt load soars. However, Year Over Year percentage change has shown that this debt does not always bring on a recession, as we see in the early 1980's in chart 1. Also, debt is high now, but it has been higher with regard to percentage change, seen in chart 1 as well. The vulnerability has more to do with interest rates impacting this debt. Chart one shows dange
Post a Comment
Read more 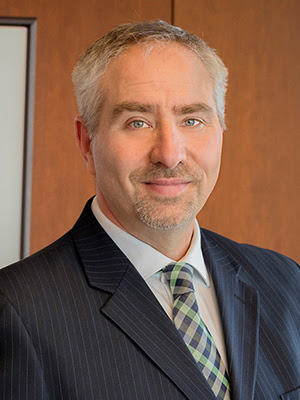 This article was first published by me on Talkmarkets:  https://talkmarkets.com/content/bonds/ron-feldmans-fed-secret-and-treasury-bond-behavior?post=165982&uid=4798 Fed Reveals Secret Bank Bond Protection Before getting into sovereign Treasury Bond behavior, we learned that Minneapolis Fed Vice President Ron Feldman revealed another terrible Fed secret. Of course, we know that his boss, Fed President Neel Kashkari has said the Fed prunes wages. Now we find out that the Fed refuses to let bank bond holders take losses. In an interview with David Beckworth at the Mercatus Center, Feldman uttered this must read quote: The only active creditor in the US where we have a record that we do impose losses on them is equity holders. We do treat equity holders differently from fixed income holders, depositors, or bond holders... The thing that’s not credible is that in a crisis, a government is going to want to impose more losses on debt holders. It is one thing for the Fed to
Post a Comment
Read more
More posts